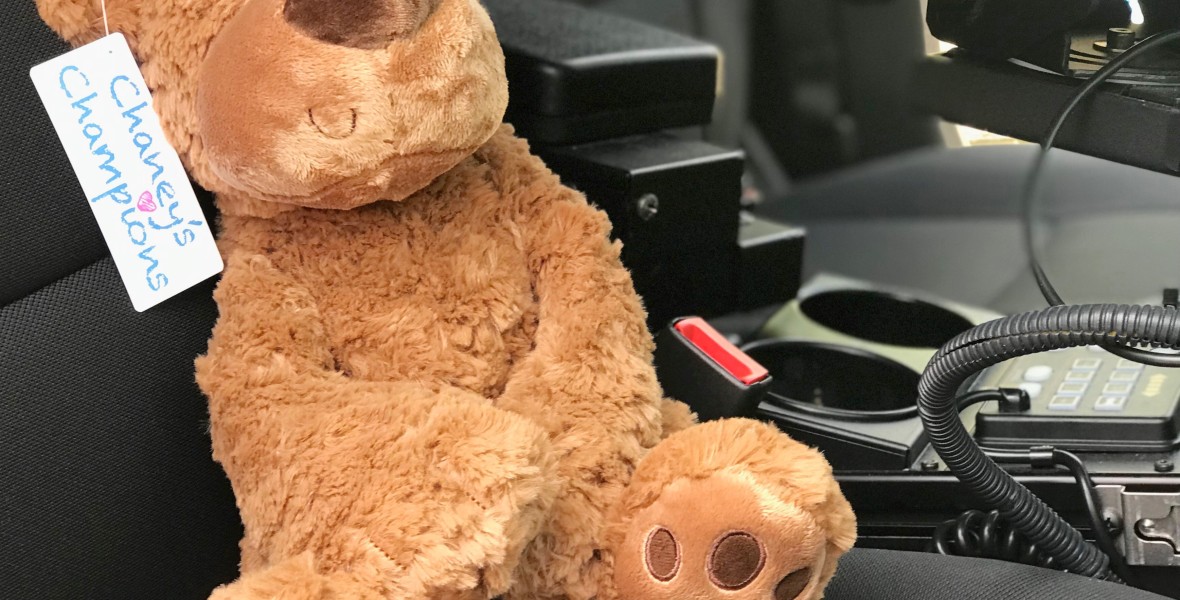 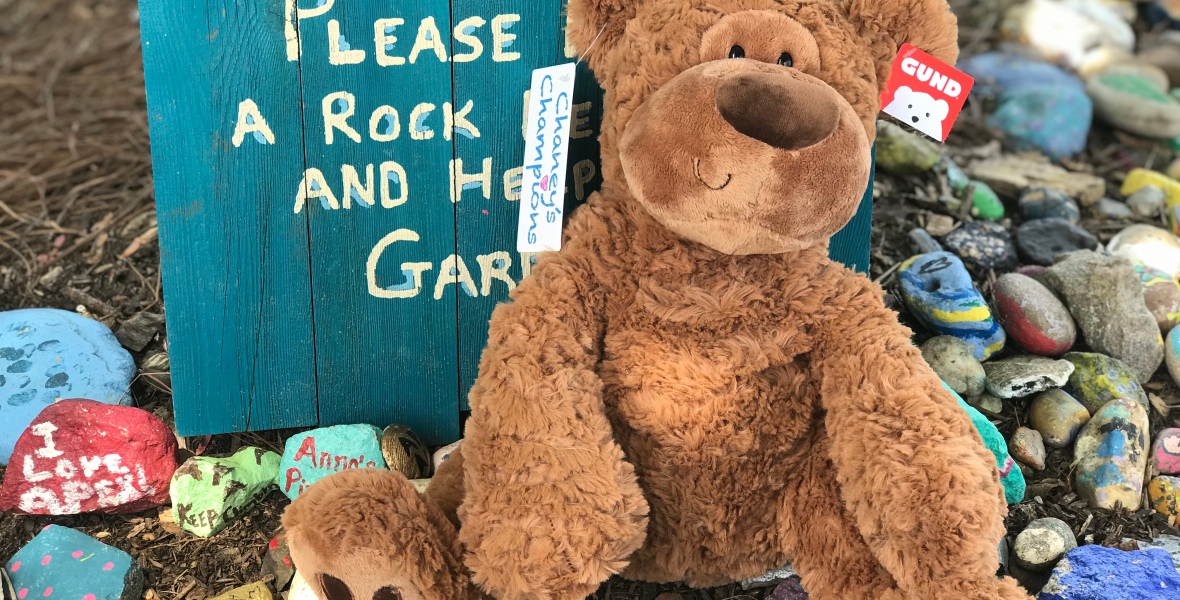 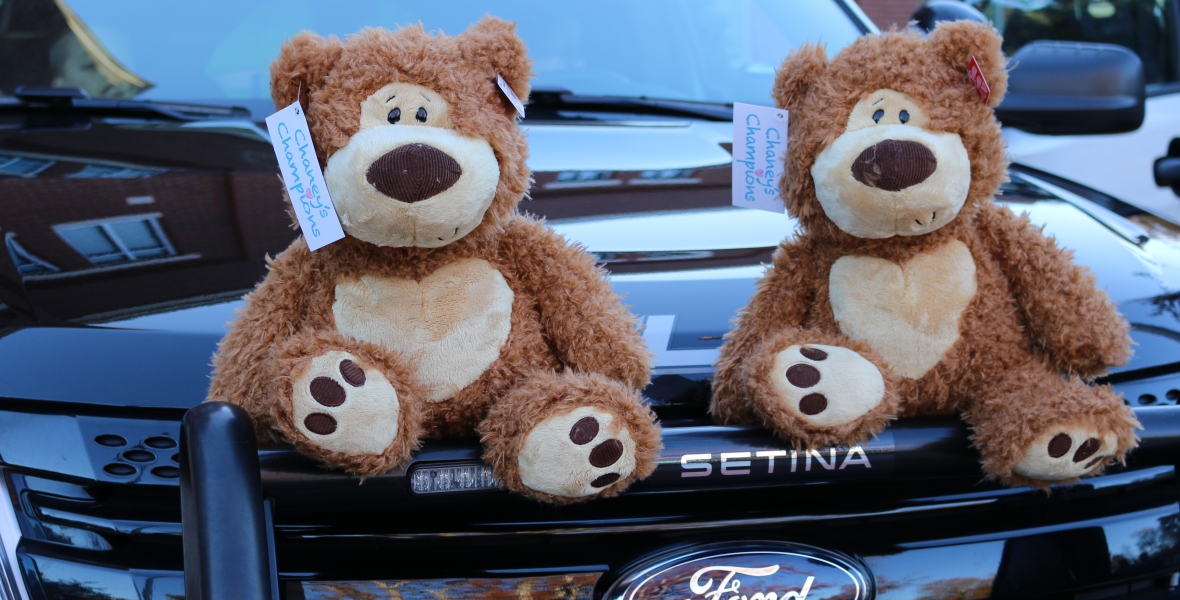 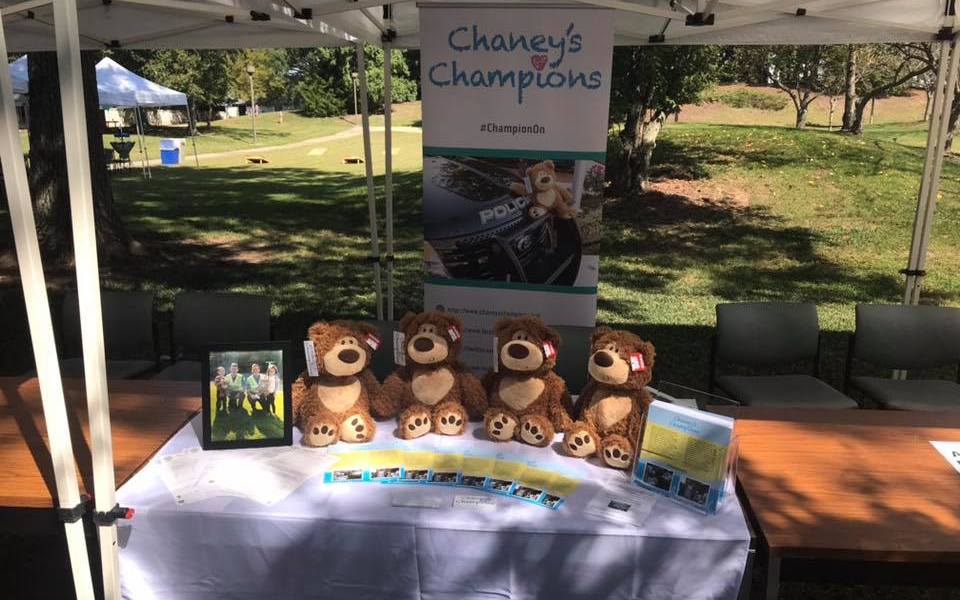 Chaney’s Champions is a 501C3 not for profit dedicated to providing teddy bears to comfort children in need. We rely on the financial support of our donors to give us the ability to purchase bears for our partner organizations.

Reach out to us for more information

Learn More About How You Can Support Our Work

The Apex Police Department is honored to have been selected by Chaney’s family to be a part of the “Chaney’s Champion” program.  Sadly, his life was short, but it was meaningful, as he blessed his family, and now so many other children, through the efforts of Chaney’s Champions.  Among many other attributes, Chaney was known for his smile, and it is that smile that continues on in the faces of the children facing a traumatic situation when they receive a Chaney’s Bear from a first responder.  Those smiles are the “evidence” that Chaney’s memory, and his legacy, lives on as Chaney’s Champions provide comfort to children in distress.

Today is an exciting day for the City of Roxboro being selected as a Champion On city. The story of Chaney’s life touches our hearts. To be asked to Champion On Chaney’s life comes with a tremendous burden and responsibility. One which we humbly carry.

When I look at the Chaney Bear, I can’t help but notice his heart shaped tummy which causes me to pause because this bear is not just any teddy bear. The bear, the Chaney Bear, is being provided by Chaney’s Champions with love and compassion.

Those same qualities are incumbent upon us as public safety professionals. It is the same qualities of Chaney’s life that we will use to become and extension of Chaney when we give these bears to children or people in need. The Chaney Bear also has the cutest smile. I can’t help but think that Chaney’s smile warmed other’s hears and that the Chaney Bear will warm the hears of those receiving a Chaney Bear.